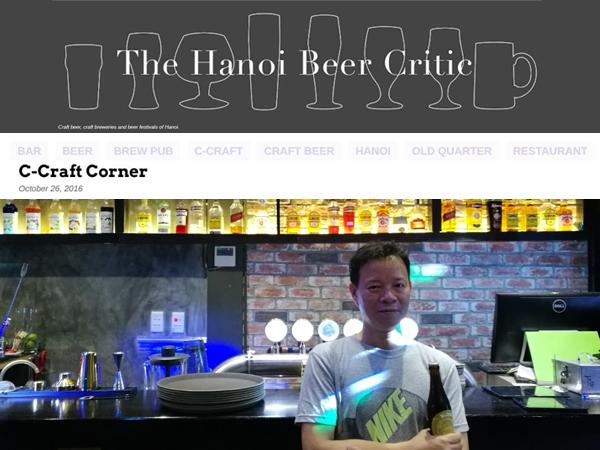 Down the alleys of small plastic stool with many backpackers and general torrid is a gem of a beer spot in the cluster fuck that is beer corner. Finally, there is a reason I would want to go there, and that is C-craft. The owner Cuong of which the brewery gets its name is an amazingly friendly man. It is hard not to chat him up for a bit and take a couple of photos with the energetic man. With 21 years of brewing under his belt for bigs names such as Budweiser, Becks, Carlsberg, and Halida the Hanoian native knows a thing or two about beer. He even had two years of training in Copenhagen. However, he no longer felt fulfilled working for the big breweries because there was one thing he could never get with them, the interaction with the public that enjoyed his work. Moreover, this is a man that loves it. He is very energetic and cheerful, and all he seems to care about is that people are happy. He hopes that the beer he makes can accomplish that.

The bar itself is a beautiful quaint place with a rustic feel to it. It has a class to it you often don’t find in the sea of plastic stools and mini dress show girls you find just outside the doors. It is neither pretentious nor does it try to be. The scenery from the dark wood bar and brick wall behind it speaks for itself. The new leather bench seats, added since my first visit fill in the space. If you sit by the window, it is nice to be in a little escape from the craziness of Hanoi but still watch it unfold like a live documentary before you. The space at first does seem small but if you are a large group do not let that deter you. As yo will find a larger area upstairs to accommodate many more customers. Rarely do I ever find anyone up there, though. The place is till in the soft opening phase which makes sense, as each visit I can see them tweaking the bar. C-Craft is said to open by the end of this month, and Cuong hinted at possible an event to celebrate. I, of course, look forward to it as he is generous on any regular day.

Of course, for the most important part of the bar, the beer. I have already reviewed two of his styles on the blog, and I feel a retrospective update is needed. They are improving over time. After all, he left the big formulaic world for the experimental micro scene because of that. Cuong wants to be as much able to explore with his craft as the social aspect. Moreover, he seeks to explore the local flavors of his country with different beers and ciders. The Vietnamese man is as much of a craft beer brewer as any I have ever known. He is the embodiment of what makes local micro breweries so great. He wants the best and to play with the chemistry of the brew. As far as the beers it seems there will always be his three flagships flavors of the Blond, Amber, and Black. In bottles, the list is extensive and on rotation. I have tried a few of his bottled beers, which is where he experiments and generally not a fruit beer guy he tends to make some interesting things. The lemongrass ale for sure is a must try, and the ginger beer was strong and flavorful. Of course being craft beer you would think the prices would be much higher for a premium product and location, but they are competitive, to say the least. The beers will run you about 40k to 50k for a draft and the bottles not much more. It is not the chuggable average Asian beers, but that is not what craft beer is all about.
I look forward to seeing more from Cuong and his C-Craft, and I hope this is a growing trend that more Vietnamese locals take up the reins a craft brewing. If your ever in the old quarter and find your way down to Beer corner, as you likely will, check out a beer or two at C-Craft. 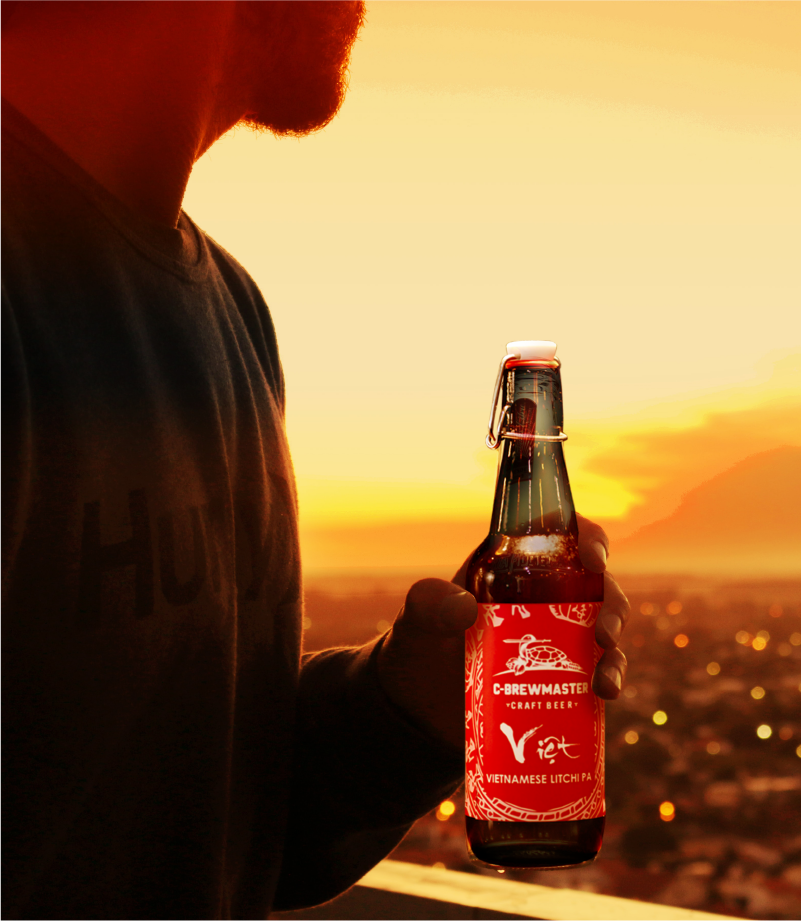 You have successfully registered, we will contact you shortly.